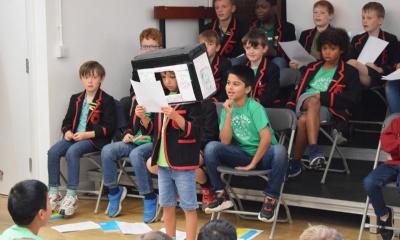 Our pupils supported two great causes on Friday 20th September. Sporting jeans and green tops, the children showed solidarity with #globalclimatestrike and supported #jeansforgenesday. The School's very own reporter, William, gave an assembly from inside his recycled "television" as he educated the whole school on the steps they can take to look after the world around them.

Jeans for Genes, a charity chosen by the School Council, support children and families living with genetic disorders.