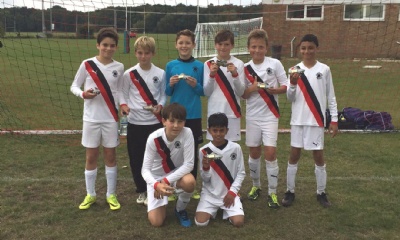 Our Annual Under 13s Tournament held on Saturday 8th October

Last Saturday saw our annual Under 13’s 7-aside football tournament being held at Drax. Now in its 10th year, the football that was produced was arguably the best we have witnessed during that time. The Willington boys did themselves proud by finishing runners up and received many compliments about the terrific counter attacking football that produced 9 goals in total. Well done to Twickenham Prep who went home with the trophy and to Hazelwood for finishing in third place. Aberdour and Kingswood House also played really well. Thanks to all the boys, parents and teachers who made the morning a success.