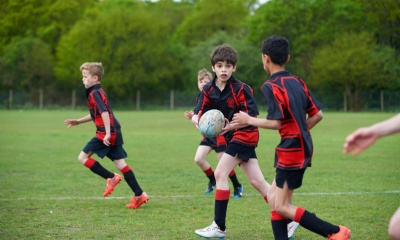 Another stonking week on the games pitches where performances, both in a team and individual sense have been excellent, enabling us to take real momentum into what is going to be a hectic week of fixtures culminating in the Tower House Cup on Saturday 3rd!!!

We’ve had excellent results this week against a group of schools who pride themselves on their rugby and although I don’t normally comment on matches, I’m going to as the U10A’s beating the Mall 45-0 was a very eye catching score line but not actually that surprising for this talented group of players.  The U9A’s had a titanic match. We were down by two tries with about four minutes to go when supersub MW was placed on the wing for the A’s where he scored the final try of his hatrick (his second of the day!!) in the dying moments of the game to help the A team to a 35-30 win!! You can’t do anything against out and out speed and he has it in spades.  The U9B’s also had an amazing match, winning 120-10 which is surely a school record!! I’ve actually had about three different score lines given to me for this match so in the end I went with the one that looks the most impressive and finally onto the U8s who were in devastating form, forcing the opposition coach of the A team to comment on our ‘ridiculous line speed’! It’s actually something we’re working on from Year 2 so I’m pleased it’s bearing fruit and causing opposition players and coaches headaches. That Year 3 cohort are special.