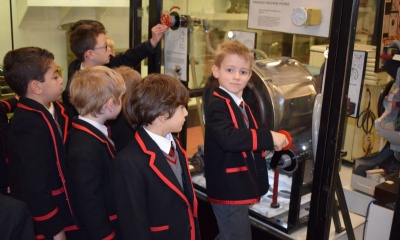 I hope you all enjoyed a good Half Term break and, for those who headed to snowy parts, I hope you were able to gain inspiration from the Winter Olympics! Skiing and snowboarding have certainly moved on from the 'colourful' clothing of the 80s school trips I can remember!

There have been a number of outings this week, with Year 3 going to the British Museum and both Years 2 and 6 venturing to the Science Museum. My thanks to all the staff involved in making these outings such great fun and really valuable learning experiences. It was also terrific to receive an email this week from a lady who travelled on the District Line with Year 6 on a busy Thursday morning who wrote, “When I boarded the tube at Southfields one of the boys immediately offered me his seat. This continued with each woman who boarded and the boys did this with charm and grace. I was really impressed and have described their behaviour since to friends and colleagues as mature and definitely very cool! Their attitude brightened my morning. Please can you pass on my thanks and respect.” Well done, lads!

Many congratulations also to our Under 10 A Team, who remained unbeaten to head their group at the Rugby Festival on Wednesday. Also, on the same day, the 1st Team were narrowly defeated by the Hall School, however, the 2nd Team restored parity by gaining the upper hand.

It is amazing what you can learn from the boys during their Form Assemblies. Class 6C enlightened us all with the exploits of Leonardo da Vinci, who, it seems, influenced so many of the inventions that we took for granted in the 20th century.

POW have been busy again this week, with the popular Pancake Day Lunch on Tuesday and, of course, the Quiz & Disco on Friday evening. Many thanks for all their hard work in making this event such a fun occasion and, of course, to Rob Dunt, who, with a style all of his own, produced such an entertaining quiz. Watch out, Bradley Walsh, on the Chase! Well done, to the Year 2 Table. Third time on the trot, I believe?

Among other things, next week brings us Willington World Book Day on Monday and I cannot wait to see all the boys’ and teachers’ costumes! Also, next week, a Year 4 trip to Bletchley Park. Will it also bring us a covering of snow? Watch this space. Have a fun weekend